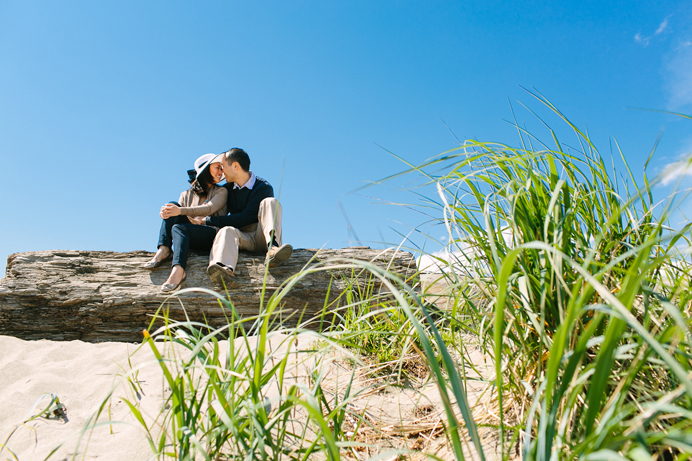 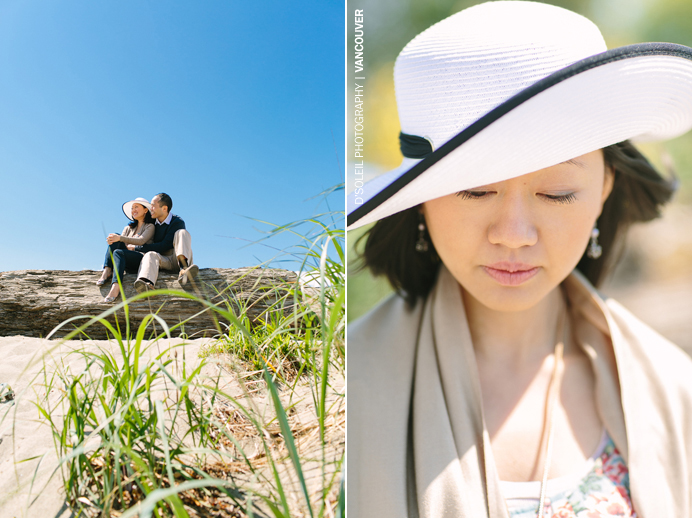 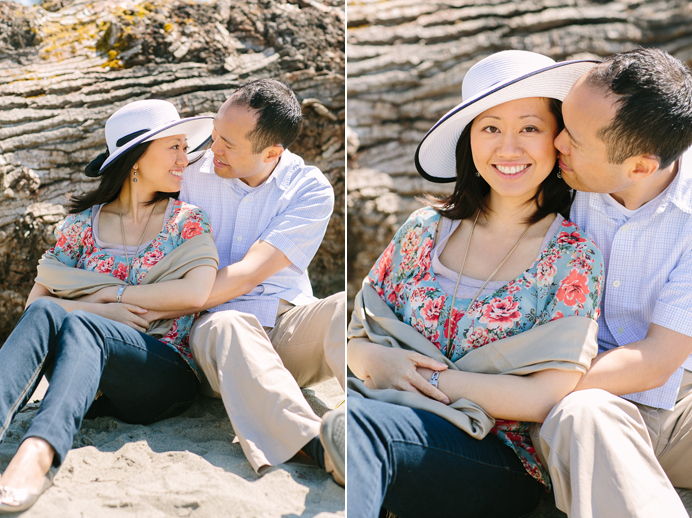 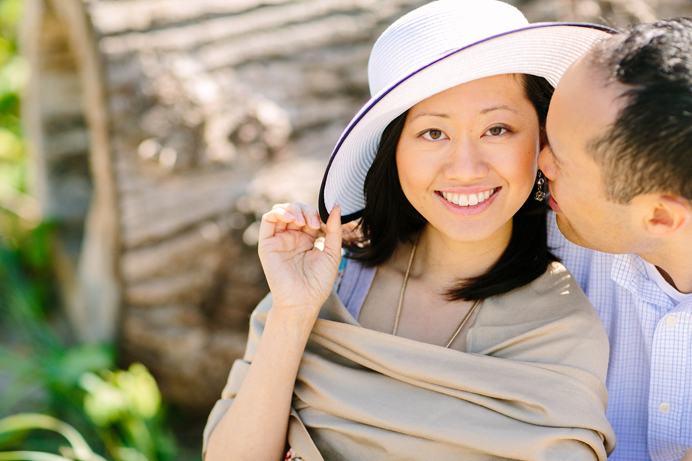 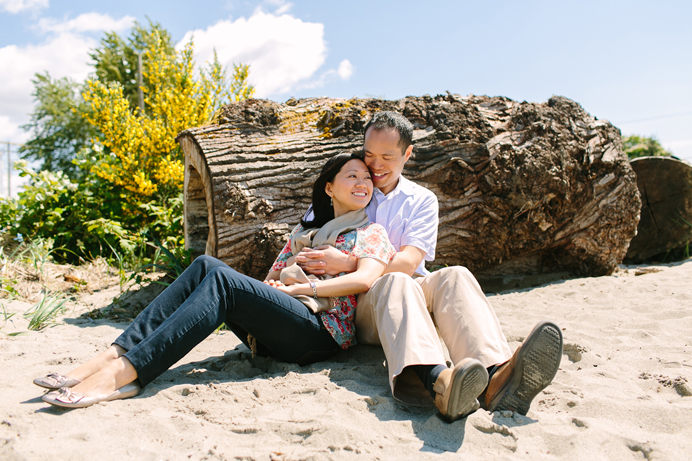 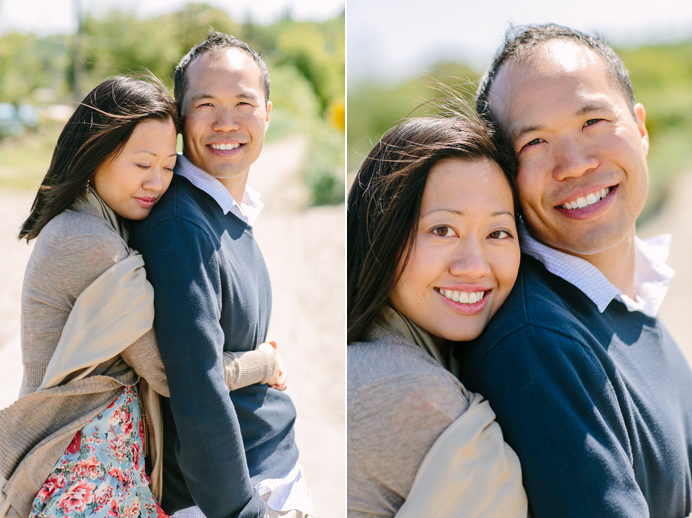 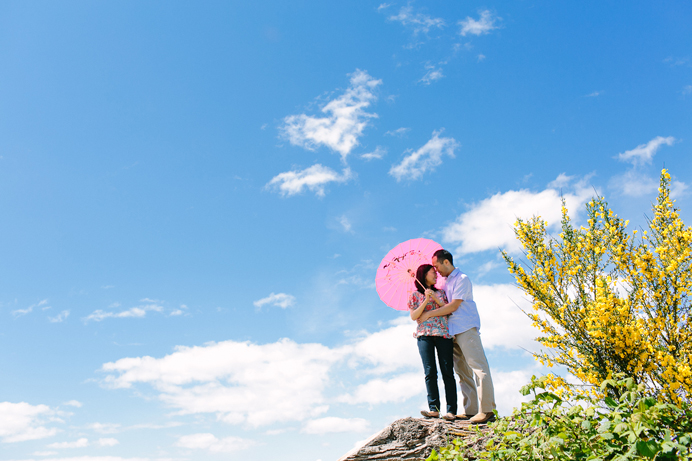 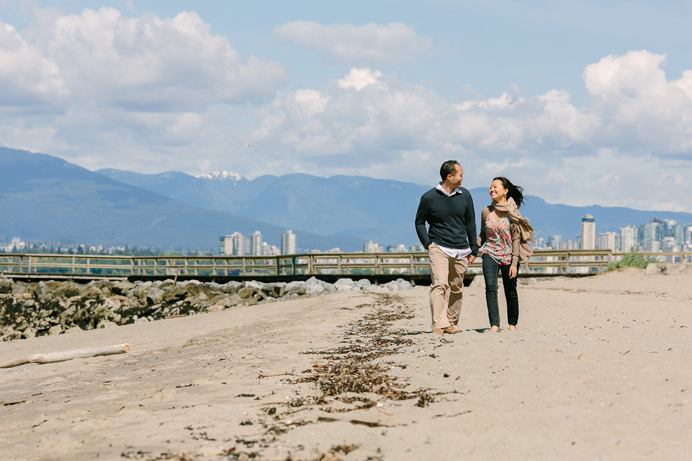 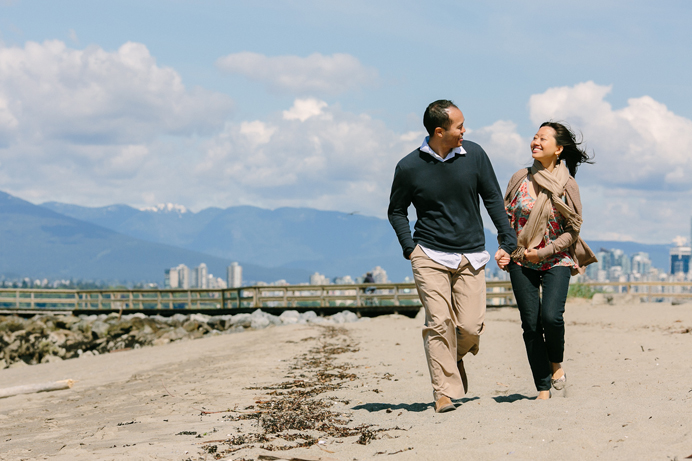 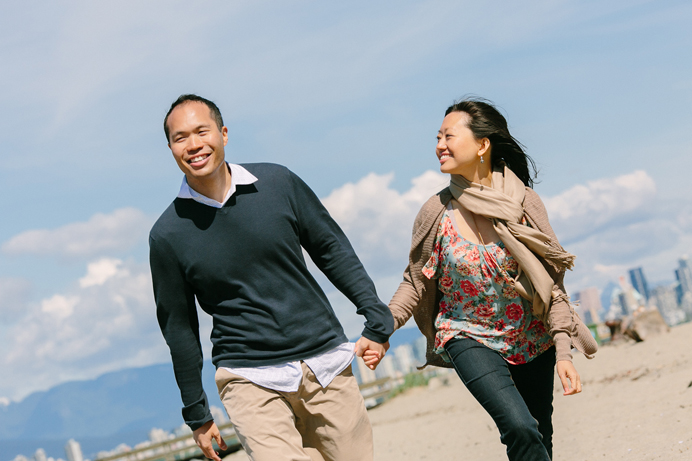 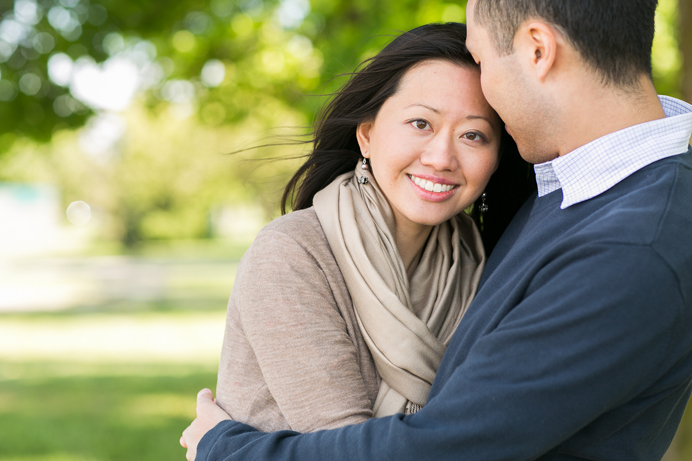 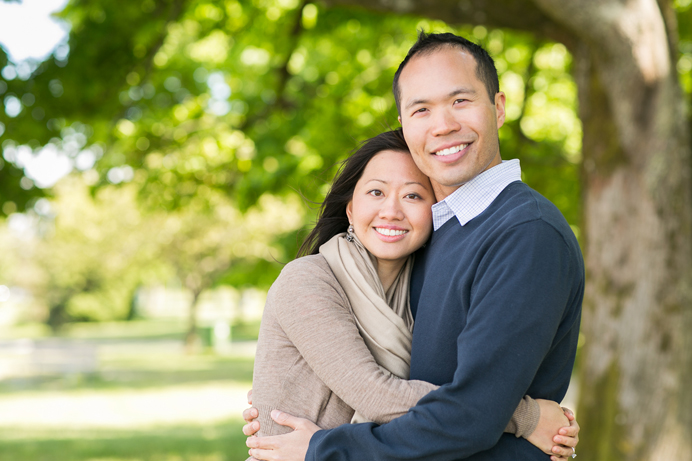 Above are some photos from my afternoon at Jericho Beach with Vanessa and Adrian. Vanessa and Adrian both live that bustling metropolis to the east known as Toronto, but Vanessa lived and studied in Vancouver a few years back, so for their wedding engagement session, they wanted something quintessentially Vancouver to remind her of a place she so sorely misses – a photographic memento of life here on the west coast if you will. So for their engagement session, we chose Jericho Beach and Granville Island (coming in a later post), two places so very much characteristic of Vancouver living. The beach was empty that afternoon, but we weren’t entirely alone. A gusty ocean wind joined us for the session, which did us no favours, but we can’t complain too much given the clear skies that afternoon from clouds and rain just the day before. Vanessa and Adrian are a sweet couple; the kind of friendly folks who you always look forward to spending time with – ever so intellectually interesting and easy to talk with. I appreciated the accessories they brought along, especially the Vanessa’s hat and umbrella, which seemed to be perfect for the beach because it added that little extra je ne sais quoi – like a colourful garish to complete a gourmet creation, not to mention the fact that it really help with hair control on the open beach. Despite the strong winds that hung around with  us that afternoon, it was a very enjoyable couple of hours on much needed sunny and cool Spring afternoon.

One thought on “A walk along Jericho Beach | Vanessa + Adrian Vol 1.”